Encourage the Faithful
Trinity supports many missionaries in locations from Africa to the U.S. We also have quite a few right here in New York! Take a glance at the missionaries we support and scroll down to see what they are doing. There you can access some of their latest letters and contact them about their prayer requests. Trinity supports several more missionaries, but, for security reasons, their information is not listed below.

Short-Term Missions Trips
Trinity believes that laypeople – the general congregation, even you – should try missions themselves. We have sent people to Kosovo, Mexico, Haiti and many other places. Lives are changed – both those being ministered to and those doing the ministering. 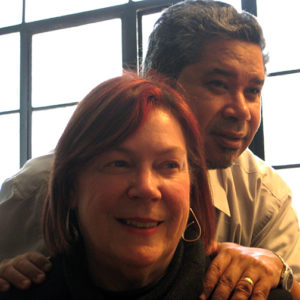 English, Arabic, Spanish — Julie Añil has ministered extensively in all three languages. Originally from Texas, Julie came to faith in Christ in college. She studied in Colombia, and, as a missionary with Cru, she served in the Middle East. When Julie moved to New York City with Cru, her ministry skills — in evangelism and discipleship — and her cultural fluency equipped her well to live in such a diverse city. When she first arrived, Trinity was her church home.

Julie met Luis Añil in the Washington Heights neighborhood where she lived. Luis is from the Dominican Republic, and baseball has always been a big part of his life. Now ministering in the DR, they use baseball to share the Gospel with kids, and to teach them the importance of good character, not only on the ball field but also in their lives.

While Luis works with the ball players, Julie visits their families, building relationships with their parents, sharing Christ with them, and teaching the Bible. Their service to the community has also opened doors to minister in schools and in prisons. 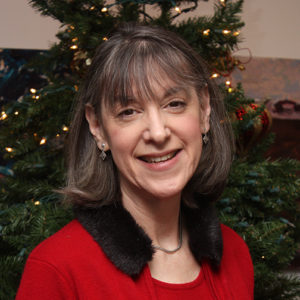 Sandy is a pioneer, having been with the inner city ministry of Cru since it began. She listens to the needs of inner-city churches as they face the challenges of their communities, and God uses her to expand their effectiveness.

She connects them to a variety of ministry training resources for youth and adults, often hosting training workshops that demonstrate those resources in action. Sandy helps churches equip people in need with practical life skills and career development tools. That not only enables them to better handle their lives but also opens doors to sharing the love of Jesus.

Sandy regularly serves at the Bowery Mission Women’s Center, developing friendships and helping prepare the women to transition into the workforce. Sandy came to Cru from the business world, which contributes to her expertise.

Trinity has been Sandy’s church home for a long time, and she has served in many leadership roles. She is committed to helping people grow, especially through participation in a small group or involvement in service or outreach. 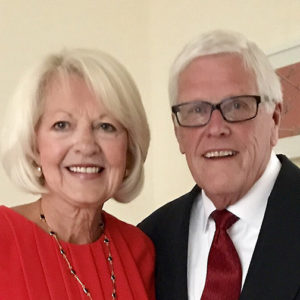 Jaan first walked through Trinity’s doors in 1956 as a young boy, having recently immigrated from Sweden with his family. He and his family became an integral part of the history and tradition of the church.

Following military service, Jaan joined the staff of Cru in 1972. Through the years, he has served with Cru in many capacities: evangelism and discipleship in Sweden, covert ministry to pastors and churches throughout the Soviet Union, wholistic outreach through churches in Colorado, and most recently, expansion of Cru Inner City.

Jaan and Shirley met while they were both serving with Cru in Sweden. Shirley is a gifted teacher and mentor, and she and Jaan minister together as part of Cru Inner City’s expansion team. They work with pastors and leaders of churches in cities that do not have Inner City staff. They bring tools and resources that empower the churches to minister more effectively to people in need in their communities.

Jaan and Shirley have two sons, one with the Lord. 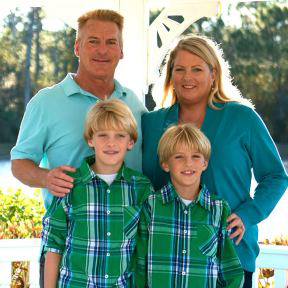 They believe that film is the most dynamic way to hear and see the greatest story ever lived, so they are driven to bring Christ-centered videos to the ends of the earth. John works as a project manager on animation projects (such as My Last Day) and also uses his construction skills to make sets for conversation-starter short films.

Melissa is working on film strategy and distribution. Time spent overseas, as well as five years of ministry with diplomats through Cru’s Christian Embassy at the United Nations, gave Melissa cross-cultural experience that helps in determining the needs of people throughout the world.

The Immels live in Orlando, FL, Cru’s headquarters.  They have two sons, Isaiah and Noah.

Sam Nadler grew up in New York City in a Jewish family, coming to recognize Jesus as his Messiah when he was a young man. As Sam grew in faith, he had a great burden to share Messiah with other Jewish people.

Through involvement with Jews for Jesus and, later, Chosen People Ministries, Sam and his wife, Miriam, saw many come to faith and be discipled. They also led Passover Seders at Trinity, explaining the prophetic significance of the elements.

In 1996, Sam and Miriam moved to Charlotte, N.C., and established Word of Messiah Ministries to train and support Messianic leaders and their wives around the world. Both Sam and Miriam are prolific writers, and Miriam is a gifted songwriter and worship leader. 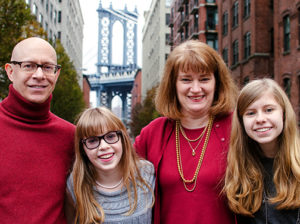 Ross and Cindy have been serving with Cru’s Campus Ministry in NYC for over two decades. Their ministry helps college students learn to live out their Christian faith and to communicate with others about that faith. The goal is that students who don’t yet know Jesus can learn what it means to follow Him.

Cindy helps lead the ministry team in Manhattan as they seek to engage with student leaders to build spiritual movements on campuses in Manhattan and in the Bronx. Ross is networking with youth leaders in the city and surrounding counties. He connects them to Cru resources that can help them lead their youth to Cru ministries, campus Bible studies, retreats and conferences.

The Queeners are long-time members of Trinity, and they have served the church in many leadership roles. They are especially active in GodQuest, and Ross is a church elder.

Ross and Cindy have two daughters, Carin and Meg. 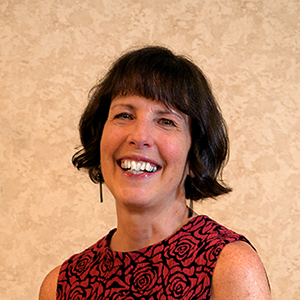 When Gail first moved to New York many years ago, Christian influence in the city seemed to be lacking. There were only a few ministries seeking to bring change to the city’s many physical and spiritual needs. But now there are so many, it is difficult to keep track.

Since 1974, Gail has been working with Cru, serving on the college campus and in the inner city. She is now serving with a division of Cru called Church and City. She has used her experience and expertise to enable Christians in the metro area to minister more effectively. Keeping track – researching, networking, spreading the word for the greatest benefit to the church and the city – is what Gail does.

Gail is a gifted networker who connects people and churches and spreads information. She has seen her dream of a resource app come to fruition (www.saturatenyapp.com). She has also been a long-time volunteer at the Bowery Mission Women’s Center where she oversees career mentors.

Gail has served in many leadership roles at Trinity. She is especially passionate about helping people new to the congregation feel welcome and learn how they can become involved.

Steve and Carol met in Bible college, both responding to God’s leading towards overseas missions. After further training in seminary and four years pastoring, they were appointed in 1985 to minister in Côte d’Ivoire, West Africa, by Converge (the denomination to which Trinity belongs).

Steve and Carol’s mission: to help catalyze church planting movements by the power of the gospel through the spiritual renewal of leaders, the training of missionaries, and the strategic use of compassion ministries.

Their mission has developed one of the premier health centers in Côte d’Ivoire, meeting the needs of the whole person in a 98% Muslim neighborhood of Abidjan. A business training and micro-loan ministry offers help out of poverty. In 2012 they partnered with an Ivorian Mission to create a school to train pioneer missionaries.

Through their own experience of brokenness and renewal, God has given Steve and Carol a ministry of spiritual renewal to church leaders, which has seen a significant transformation in the personal, family, and ministry lives of several key leaders.

The Smiths have five adult children.

Therefore go and make disciples of all nations, baptizing them in the name of the Father and of the Son and of the Holy Spirit,